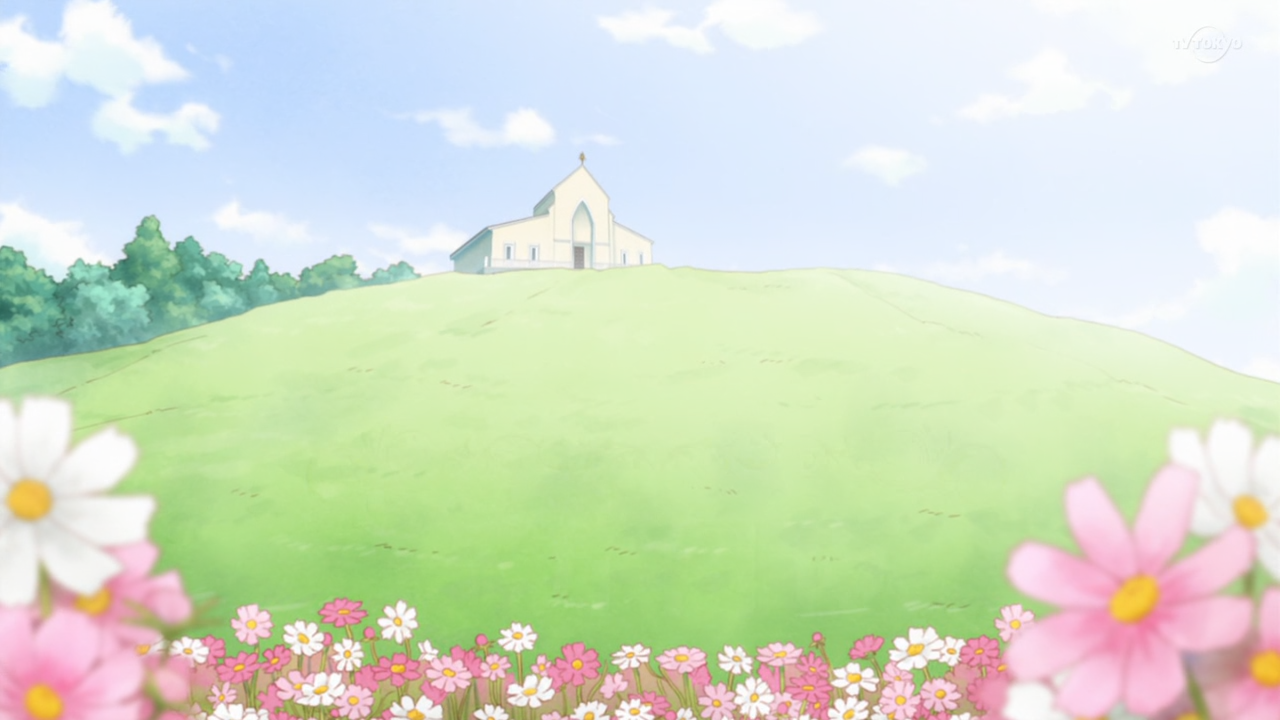 The ultimate Friends who anyone can make

In one way, nobody could have expected this to be the last episode, but in another, it was the only possible ending since the entire series started. As always, I encourage you to watch it first, and don’t forget that the release date going forward will be a few days later than up until now because of the time change.

But as usual, I can’t just let this end without saying anything. My raw reactions are in the same place as always, but I like to reflect a bit on how far we’ve come over the past year and a half together on this journey. When Friends started, it wasn’t as rough a change or adjustment as coming into Stars, having been with the same girls for three and a half years. There was more acceptance and optimism, rather than worry over perhaps having lost something. And even the first episode, with Aine and Mio meeting as if by fate, was happier than the confusing, bittersweet collapse of Yume in the nurse’s office. We knew from the start that this would be more about friendships and collaboration rather than rivalries and competition.

In exchange for drama and romance, we got to explore the nature of two strangers coming together and creating a force of friendship stronger than what either could make alone. Especially with the second season, competitions were put aside in exchange for repairing broken relationships, first between Hibiki and Alicia, then with Solvette and their circumstances, and finally with this episode. Even the climax of the season wasn’t something like the Diamond Friends Cup, but a collaboration of the Jeweling Festival to raise everyone up together. Maybe it’s just the times, but I think a message like that is exactly what we need to show what can be accomplished when everyone works together to create a miracle.

And although it only happened rarely, I and other friends my age I’ve talked to have really appreciated the episodes focusing on Tamaki, Chiharu, Ken, and Hariu. When Chiharu formed her brand as early as episode 4, I knew that Friends would be special in that regard. When Tamaki and Hariu began their rivalry when Reflect Moon entered the scene, it gave so much more character to both of them—and who could’ve expected that they would not only begin dating, but get married on screen as the finale of the entire series, with the town’s bells finally, finally being put to use as wedding bells? It’s hard to express just how much I now appreciate this careful treatment of the adults with their own host of issues separate from the girls. And I know that this encouragement for the adult fans of Aikatsu isn’t coincidental, as two scenes this episode prove: Hibiki (and by association Mirai, Karen, and Alicia) are at least 18 2̶0̶ (forgot the legal age of driving is younger than adulthood in Japan) years old, as they can drive, and there’s a line by Maika about the girls becoming adult idols who can support Tamaki in return for what she’s done to raise them. Once again, I can feel that the creators of Aikatsu don’t want viewers to just passively absorb the show, but to take its teachings as their own and go out into the world. We can’t all be middle or high school girls singing and dancing as idols, but we can find someone special to us, and maybe one day become Friends through marriage.

It’s been seven years, but I’m not ready to stop anytime soon. In less than a month I’ll be moving to Japan for half a year for my research, but that won’t interfere with the subs of Aikatsu at all. Whatever may come, I’ll still be here, making sure that Aikatsu love is continued to be spread around the world. I hope you will be too. See you for Parade.