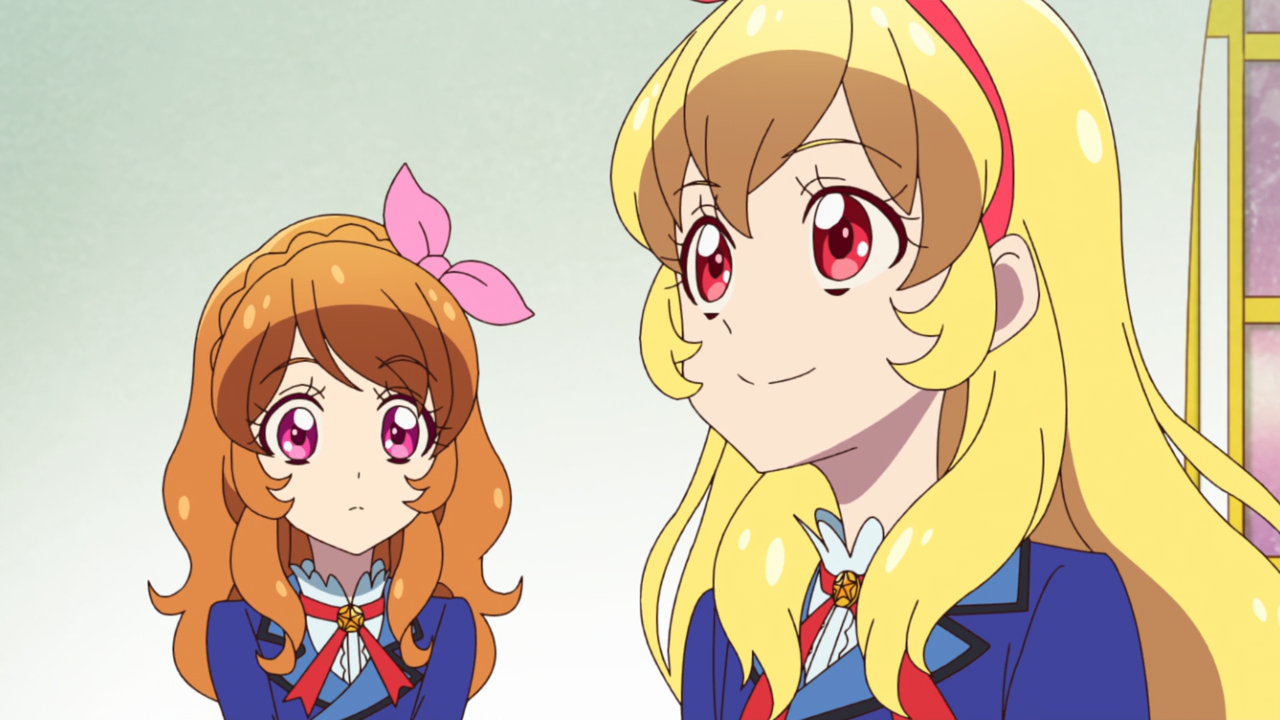 That small bud is carefully raised, and then passed on

I was not expecting both of the last episodes to be released on the same day, but I suppose that was likely due to earlier delays in the schedule. Essentially we got one full episode, but both halves were quite intensive to do, so it took a bit of extra time. But that’s exactly why we’re releasing them together, just as they aired.

What a fantastic addition to Aikatsu, adding this extra story about Noelle and inviting her to be the protagonist of her own mini-series. Truly, this used the experience of every series of Aikatsu to elevate an unmistakably OG-style story. But the strength of it lies not simply in calling back directly to one of the most emotional moments in Aikatsu’s history, but adding to it with new color and metaphor, and writing a song that both reinforced that theme and connected it with every single idol academy. You can see it directly in the title of the song as well.

I won’t go crazy like I usually do for finales, since everything I said at the end of Parade still stands. The new announcement date for information on the next Aikatsu project has been moved to August 10th. Usually we don’t put that information on the site directly, although that’s probably because I put it at the end of the normal weekly release… which there won’t be. We’ll see what happens then, I’m not sure what we’ll do for it.